A recent poll conducted by Kaon Security across Australia and New Zealand, in conjunction with the membership of Chartered Accountants (CAANZ), highlights the need to improve IT security user awareness within the organisations they work for. Over 73% of the poll respondents confirmed they had been the target of a cyber-attack.

77% of those responding highlighted user awareness as being the biggest challenge to address whilst encouragingly getting adequate IT security budget approval was an issue for just 8% and a lack of management support for security initiatives came in at under 2%.

Of the 73% that had experienced some form of attack, 58% believed the attack was Phishing based and 19% were targets of a Ransomware attack. 18% could not define the type of attack their organisation had experienced.

“This poll validates what we are currently seeing in the Australian and New Zealand market. Organisations are starting to appreciate the need to introduce, or continue with, an IT security user awareness program” says Mark Micklefield, Consultant at Kaon Security - “Given the respondents are financially focussed it is good to see they are alert to the common attack types but equally concerning is that 73% of respondents are subject to attacks. The poll results also mirror a similar exercise we conducted with New Zealand organisations in 2016”.

In terms of the next steps responses, 47% stated that starting a security awareness campaign with some form of phishing simulation would be their first priority whilst 30% opted to conduct an audit as their preferred next step. 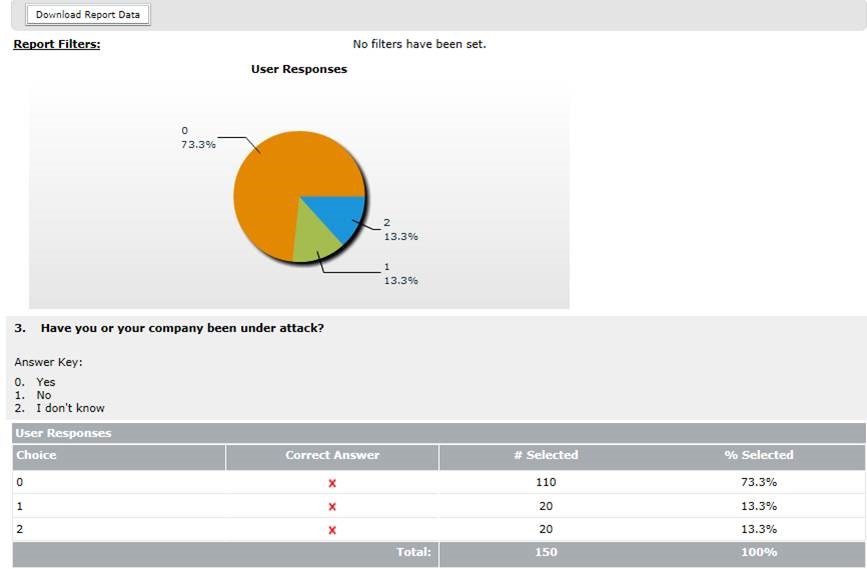